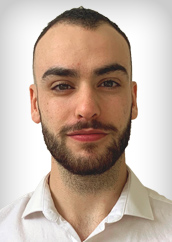 Jack is a Software Architect at SSW Melbourne that is also completing his Bachelors of Computer Science at the University of Melbourne. He is a strongly driven individual that has a passion for learning, and thrives in new and unfamiliar situations. He has a solid and broad background of Software Development, with experience in utilising modern design principles, Machine Learning and Artificial Intelligence. Jack specialises in front-end development using Angular and React, as well as using .NET Core and Azure.

Jack has made contributions to the SSW Rules website, and is eager to work on any new and exciting projects that are sent his way. His skills include:

Jack plans to do his Masters in Computer Science, specialising in Artificial Intelligence, and apply this high-level learning to Software Development in the future. When he's not coding up a storm, you can probably find Jack out and about with his friends, running, or playing chess!