Do you know what to do after migrating from TFVC to Git?

After you use the right tool to migrate from TFVC to Git, there's a few more things you need to do to clean things up for a new user joining the project. By default, if there is a TFVC repository, that will become the default in the UI.

Unfortunately, you can't kill the TFVC repository and make Git the default one, so there's a few steps you need to follow.

Go into the repository, delete any existing files. Add a new document saying "_Migrated_to_Git.md". This will stop people from getting the wrong code.

**Figure: Clean up TFVC so developers can't accidentally get the wrong source code

** Note : All the source code is still there, it's just flagged as being deleted. 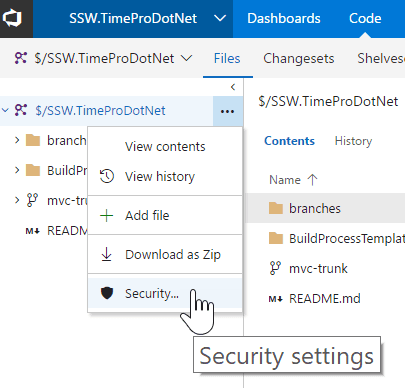 Figure: Configure the security of the TFVC repository ** Then deny check-ins to **Contributors , P roject Administrators and Project Collection Administrators . This should stop anyone from committing new code to the repository.

Next step is to update the dashboard to let new developers know. 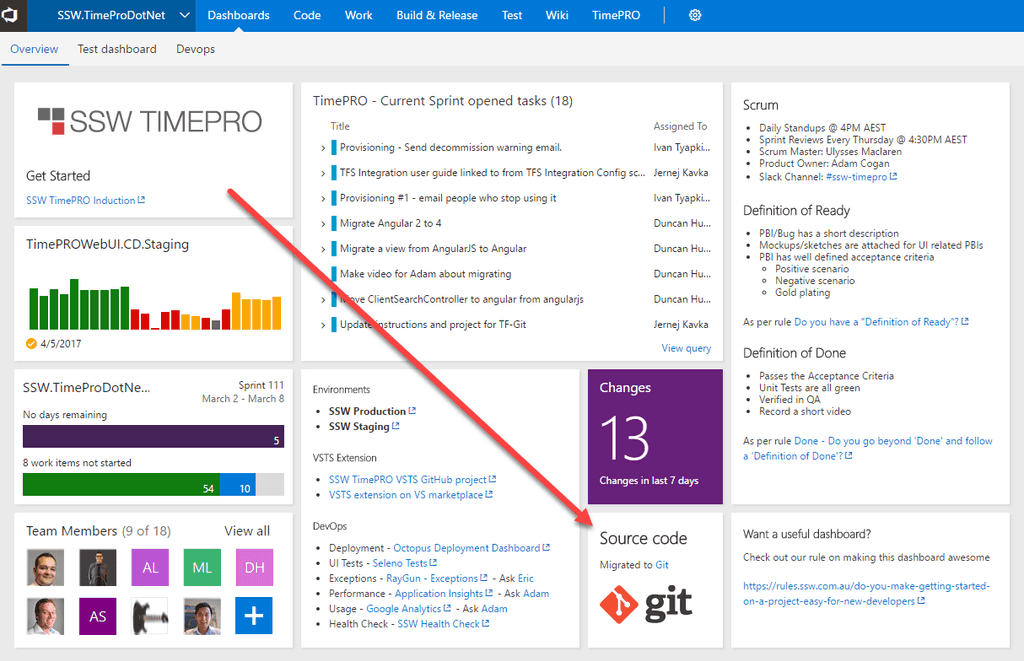 Suggestions for the VSTS team 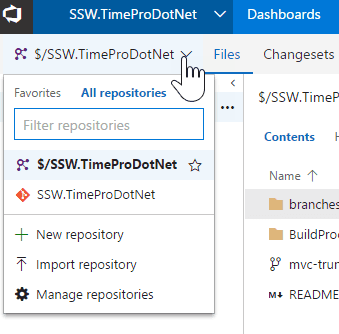 Figure: Bad Exmaple - This is confusing for a new dev