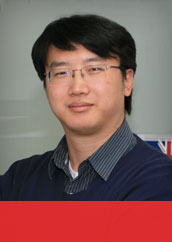 Background Lei Xu is a Senior Software Architect at SSW, a Microsoft Certified Partner specialising in .NET solutions. He specializes in developing solutions with C#, VB.NET, ASP.NET, WinForms, WPF/WCF/WF, Windows Services, Reporting Services, SQL Server and Exchange Server. Lei is one of the few to work in both the Sydney and Beijing offices. Lei has been running the Beijing office since 2005 - so he is in charge of the day to day operation of the office, but spends most of his time taking the lead in the technical directions.

Work Lei has been a Microsoft Most Valuable Professional (MVP) for many years (since 2006). In fact his MVP specialities have crossed many technologies:

He ran the Windows Vista Compatibility Testing Program for Microsoft China for over 2 years, starting as soon as Windows Vista’s RTM'ed in 2006. Many of the leading software vendors in Australia and China have benefited by getting their products certified and working perfectly with Windows Vista. Some of the companies that have benefited from Lei are PowerWord (KingSoft), QQ (Tencent), LeiYi (Yahoo China), Wopti Utilities and many more. Now Lei has worked with more than 200 software applications, to ensure 100% Windows 7 Compatibility Testing and Support.

Some of his major clients include:

Some of his major internal work includes:

His favourite quote is "I don't want to get to the end of my life and find that I have just lived the length of it. I want to have lived the width of it as well."