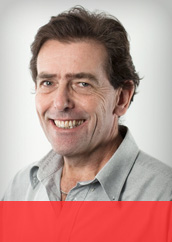 When we need to affect major large transformations to the use of Scrum and Agile, we call on the services of Mark Hetherington.

Mark is the Scrum Coach advising SSW. He advises projects and our customers on the best processes and tools to organise work efficiently to an agile and/or Scrum process.

Mark has acquired these skills over the last 20+ years. Before such tools existed, he wrote his first tracking and work scheduling system in 1986. Since then he has helped start over six software organisations growing three of them to over 100 staff. He knows which tools & processes and organisational structure to choose to suit the culture, budget, size, maturity and resources of an organisation.

His last ten years have all been in Agile/Scrum environments.

Mark has found that his value lies in setting up or improving the agile/Scrum processes and tools of an organisation and, once they are in place, he is hardly needed. This is why he has found he is more effective as a consultant rather than an employee; he simply works himself out of a job.

Some of Mark's career highlights have been: