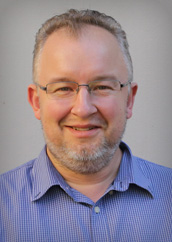 Greg is a Senior Software Architect at SSW with over 18 years of experience in software development. He specializes in C#, ASP.NET MVC, SQL Server, Azure and React. He is constantly learning new technologies with React Native being his current focus.

Some key projects include:

Coke Rewards for Coca-Cola which was a rewards program for Coca-Cola customers where they collected codes from bottles and cans they were entered in the site or app. The customer received Coke points for each code entered and could also win instant prizes. Greg worked on the website, the iOS app and the android app.

Movie Times which collates cinema session times from all major cinema chains in Australia and most independent cinemas as well. Customers can look up sessions times and book tickets. The frontend was written in ASP.NET MVC and connected to ASP.NET Web API for it's data.

When Greg isn't coding, he enjoys spending time with his wife and kids, building his new house and supporting the mighty Parramatta Eels.